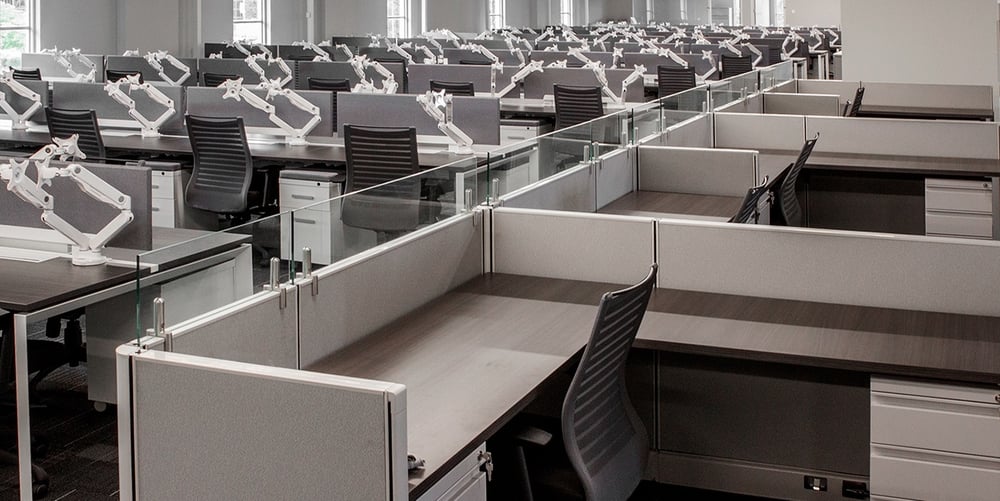 We were presented with the challenge of helping a loan installment company in Des Plaines, IL not only expand into a new space, but also to help them make that space functional. We performed leaps and bounds over this hurdle and our designer, Katie Windisch, explains how.

Rightsize Facility was tasked with reusing our client's existing furniture and to fill in with new coordinating furniture to provide a larger workspace for over 200 employees. The biggest challenge was to catalogue the client's furniture in addition to organizing its relocation into their new space. Working with the client, their architect, and our facility services department assured a smooth transition. 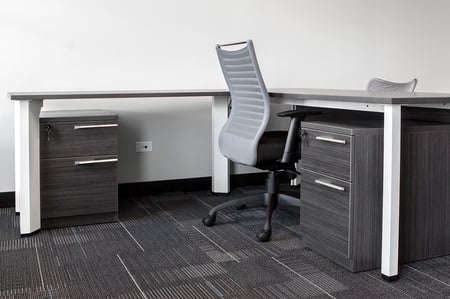 When asked about the new space, Windisch said, “This office has a more cohesive feel which helps employees feel considered. The workstations in the previous space were cramped and mismatched, which made the entire space feel haphazard.”

The new furniture was selected to coordinate with the client's existing pieces while keeping their budget in mind. The design tapped brands like OFC, Friant, Source, Allseating, and Enwork to create a seamless appearance between new and old seating and within their conference spaces. The large staff were accommodated with the planned placement of workstations, which made the space feel orderly. The final results shaped up into a clean-cut office with a uniform look. 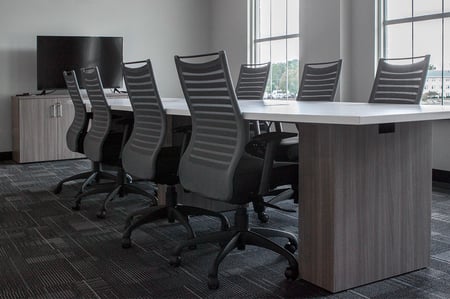 “All the departments involved at Rightsize really came together to facilitate a successful design, which can be difficult on a large project with so many moving parts,” said Windisch. 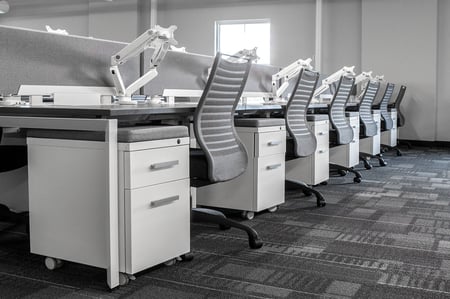