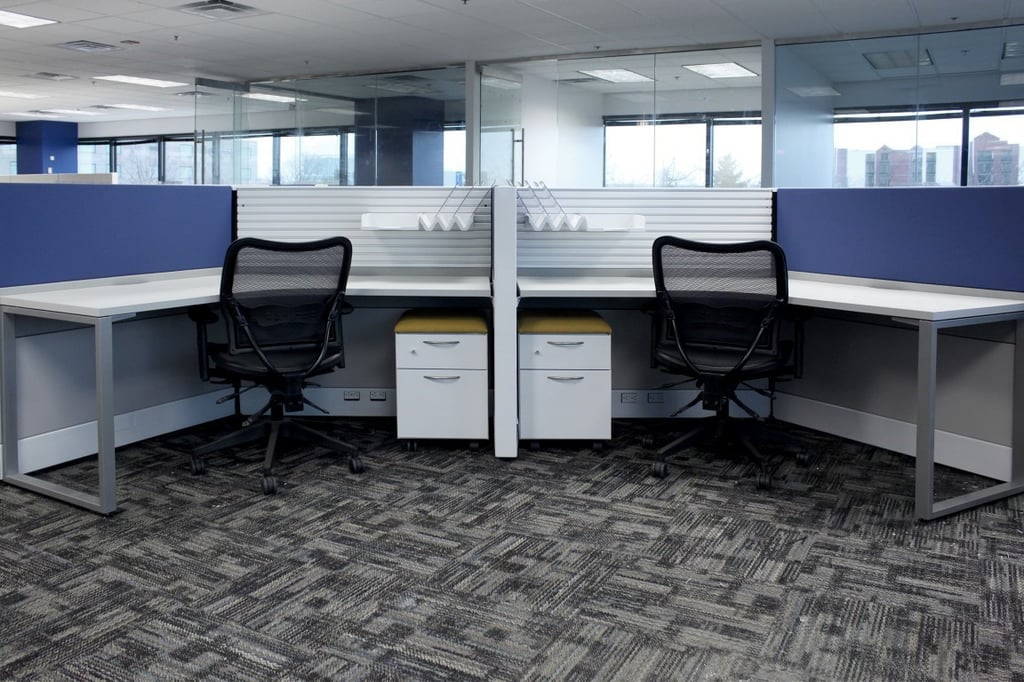 How do you create one office for three branches of your company, while assuring an open, flexible workspace that serves multiple functions? We did just that for a business travel company. At an expansive office building in Schaumburg, IL, we helped them consolidate three of their separate offices into one space.

Trina Dulen, the representative on the project, described the consolidation, “By combining all three offices into one, it dramatically improved the office’s situation. The design layout created a separation between each department while not closing off each area.”

The goal was to create an open concept office environment while keeping the privacy of each employee to a premium. The plan also allowed for flexibility between working styles and scenarios. “We used a 54” high panel systems for most of the office to create seated privacy. As you walk through the space, you can tell each area has a different function by using different aesthetics,” said Dulen.

The overall design of the space was rooted in both function and brand representation. Blue and yellow were pulled from the company’s logo, which brought a pop of unique character to the office’s look. Workstations were built using a refurbished frame and tile system, allowing the company to achieve their branded office without going over their budget.

Browse more examples of our work on our Behance!