A Modern, Industrial Look for a Tech Services Company [PHOTOS] 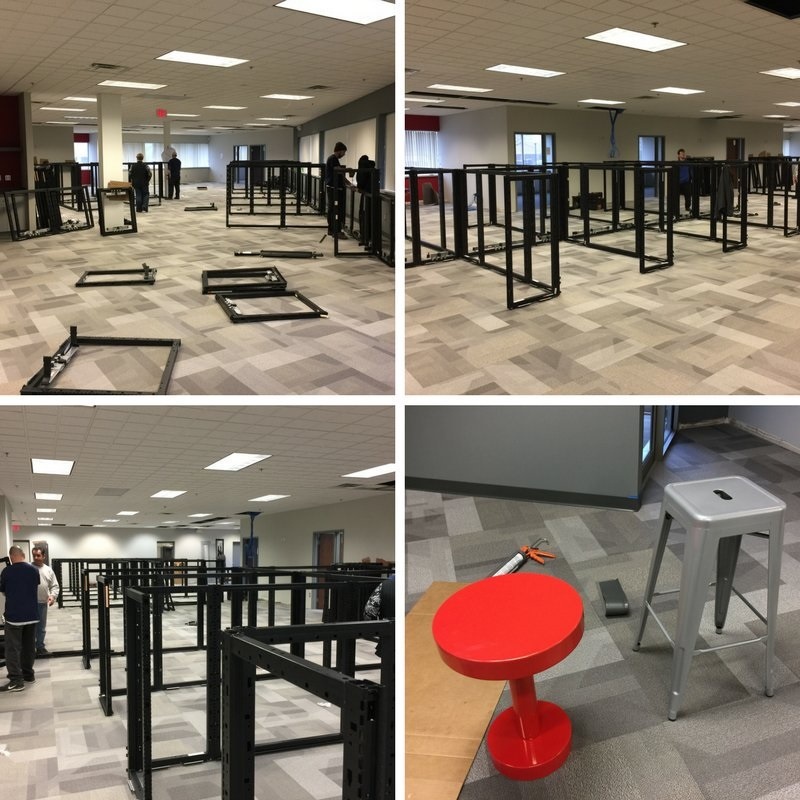 A technology services company kicked off the new year with a big development: opening a 15,000-square-foot facility in the metro Detroit area. Rightsize worked with the company to PLAN and FURNISH the new space.

“It was a great project to work on,” said Caitlin Monson, workplace solutions manager. “The client had an idea of what they wanted, so we started there and then ran with it. The designer and I worked very closely with their team to create the modern, yet industrial look they wanted, from the flooring up.”

The facility featured wood accents and a color palette of clean grays and whites, with pops of red and navy blue to create a sophisticated Americana aesthetic. Rightsize planned and furnished spaces including private offices and workstations, as well as conference rooms, a training room, and a breakroom. Furnishings included remanufactured Herman Miller Ethos workstations, as well as new SitOnIt seating, Global casegoods, and Enwork tables.

Since the workstation area is home to many customer service and sales representatives, privacy and sound management were key design priorities. The client’s previous location had used an open plan with benching systems, and acoustics had been a challenge for employees. Rightsize built a space that was still bright and open, but with cubicles providing low glass panels, tool rails, dry-erase boards, and mobile pedestals with cushions. Most workstations were also equipped with sit-to-stand desks.

The Rightsize team used its expertise to bring eye-catching elements to the facility’s common spaces. Some included unique wood-laminate tables in the breakroom, a conference table custom-made by a local woodworker, and a glass-enclosed meeting room featuring a bar-height table, stools, and contemporary lighting.

“We did a lot of value-engineering,” said Monson. “We delivered exactly what the client wanted, while keeping costs down. So for example, for the tables in the training room, we ordered laminate tops from one manufacturer, the bases from another, and the power sources from another to get the most competitive prices.”

Despite working on a tight timeline, both the Rightsize team and the client were satisfied with the end result.

“The client absolutely loves it,” said Monson. “We’ve heard nothing but positive feedback. And we’ll be starting another project with them in the next year, redoing their warehouse space.”